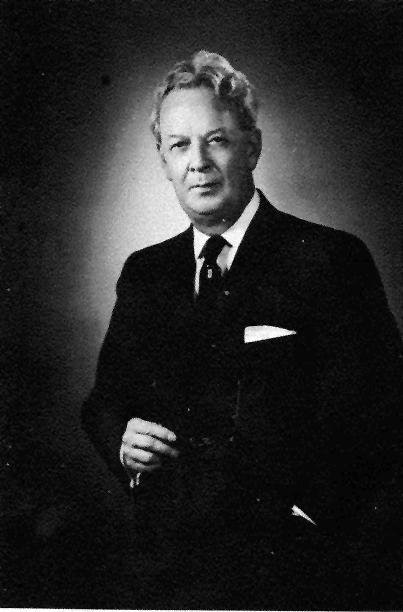 Karl S. Little spent many years of his life progressing the credit union movement in Utah from the 1930s to the 1960s. From his efforts, he is affectionately referred to as, “Utah’s Mr. Credit Union.”

His title was well deserved as he served for almost 30 years helping to organize more than 200 credit unions in the state. Among those he helped to organize is the Utah Poultry Producers Council Credit Union, which Little said “was organized while we sat around on grain-filled gunny sacks during a lunch period, and in one-half hour had the organization ready to roll.”

Little’s interest and efforts to advance the credit union movement came from his own experience “getting taken” by loan sharks. When he moved to Utah with his wife in 1918, times were not easy and getting established was an expensive business for a young couple starting a family. He borrowed $200 from a “gentleman”, but after making payments for a year and still owing the original $200, he realized he was being swindled. Laws to regulate interest didn’t exist and loan sharks preyed upon the young, uninformed and unsuspecting. This experience caused him to search for a more just borrowing process for himself and others.

Little was driven by his belief that credit unions create an option for those who are usually driven to loan sharks for credit. He believed that they provide two essential services: giving the public a way to save money and loan procurement at low interest rates.

In his own words he stated what he wanted his legacy to be: “What I want to result from my own efforts is for people to say, when I am old and in a wheel chair, ‘That is Karl, he organized my credit union. He helped eliminate crooks and loan sharks in Utah. He made me, a little man, feel important and gave me the confidence to manage my own financial affairs. He worked for me because he believed in me.’”

His efforts also included serving as the first managing director of the Utah State Credit Union League in 1935. His work there reflected his view that credit unions are a dependable method by which people can build greater financial security for times of need.

Built upon Little’s beliefs, The Karl S. Little Foundation was established to continue Little’s vision and provide scholarships for students to be able to attend the Western CUNA Management School, which prepares future professionals to keep up with the always changing business environment.

“There is no doubt that Karl Little’s name will go down in credit union history for outstanding service on a national level.”