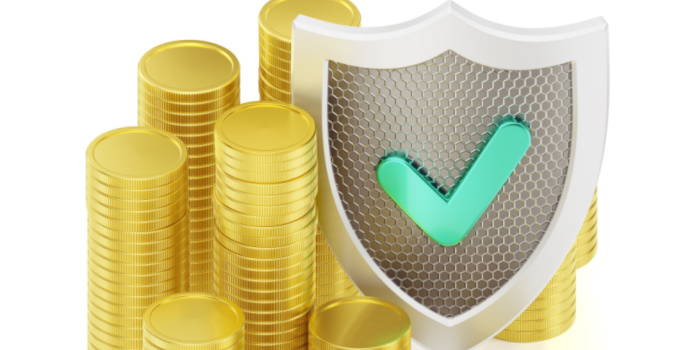 Functionally, from a consumer point of view, these deposit insurances are very similar. Additionally, how they’re funded is similar. That is, the banks[1] and credit unions[2] whose accounts are insured by them fund the insurance pool.

However, that wasn’t always the case.

On the other hand, when Congress first formed the FDIC in 1934, banks did not fund the insurance. Instead, the Treasury and Federal Reserve Board made a loan of $289 million to the FDIC[4]. This means that, ultimately, taxpayers of the United States funded the insurance through a loan, which was repaid in 1948[5].

Interest on the loan was foregone until 1950, when an exchange between FDIC Chairman Maple T. Harl and Senator Paul Douglas of Illinois took place, as follows[6]:

Senator Douglas: . . . Mr. Harl, on page 2 [of your prepared statement] you speak of making final payment to the Treasury on August 30, 1948, when you paid the Treasury out in full for the loans [capital] which were advanced. Do 1 understand that to be your statement?

Mr. Harl: We paid them for the money advanced.

Senator Douglas: Would that include the interest upon the Government loan which was made?

Mr. Had: It did not. The law provided that there should be no dividend upon the capital stock.

Senator Douglas: In practice, the Government has made an advance to the FDIC which has not been repaid; namely, the interest on the bonds which the Government issued, but for which it was not reimbursed.

Mr. Harl: . . . This Corporation stands ready to reimburse the Government, or anyone else, provided it is legally authorized to do so.

Senator Douglas: You are ready to pay the interest, is that right?

Mr. Harl: Yes. If we have an obligation we are ready to pay it.

Senator Douglas: That is a possible source of revenue that I had not thought of. This brief conversation, which I at first thought was going to be unprofitable, might yield the Government as much as $40,000,000.I first thought it was love’s labor lost. It may turn out that there was gold in “them there hills.”‘