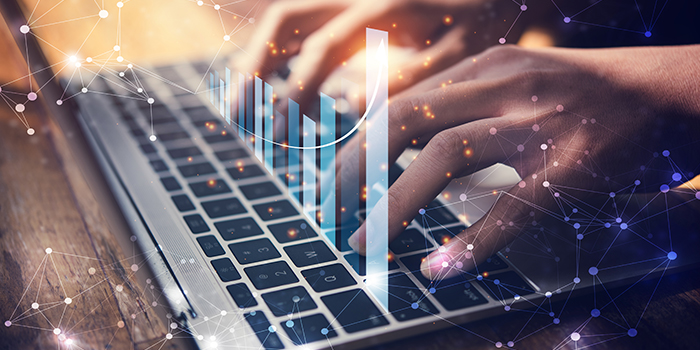 I know you’re busy. Here’s the short version of this blog: if your credit union will have less than $100 million in assets for the foreseeable future, wants an easy solution for CECL, and doesn’t mind letting NCUA manage that for you, using NCUA’s CECL Tool is a great option for you.

Other reasons to use it may be:

On September 14, 2022, vendors in the credit union industry released a tremendous cry of terror, while simultaneously the future income statements of credit unions collectively saved millions of dollars over many years. Why? Because the NCUA released its simplified CECL tool.

Now, with the release of the tool, many credit unions that might have paid for a CECL solution wouldn’t have to buy anything.

Because the CECL tool would work for a lot of credit unions.

I’ve been following NCUA’s efforts to create a CECL tool for quite some time. At one point, I joined several calls with the NCUA on the topic, and gave them some input on it. I had the opportunity because I’d created resources for our small credit unions several years ago, back when folks were melting down because CECL was going to ruin their lives and turn their credit unions belly up. That’s not a joke, although it sounds like one. I literally heard credit union presidents say they were going to merge their credit union because of CECL, or go ahead and retire early.

Fast forward 5 years, and here we are. The regulatory tone has changed. We have more information. And NCUA has basically done all the work for small credit unions.

It won’t be long before many credit unions look back at CECL and say, “Yeah, that was pretty much like Y2K.”

Where credit is due

Before I get into discussing the tool, I’d like to just say something about the fact that the NCUA even released the tool.

Yet, at the same time, for the past 6 years, credit unions have been asking NCUA, “Please, please tell us how to comply with this!” Talk about being in a hard spot. On one hand, they’re being asked for more details, but on the other hand, being asked not to give too many details.

A lot of this will depend on examiners (as it always does). Since the Great Recession, I’ve felt that there is a tremendous disconnect between the NCUA headquarters and the examiner. The NCUA board and folks in the back office speak of working with credit unions and understanding them—treating them as individuals with unique situations and needs. But some examiners lack that flexibility. They’re rigid, unteachable. They believe there is one correct way to do something, (which they saw at another credit union) and therefore that’s how the credit union they’re currently examining should do it.

Sometimes, suggestions made by examiners are taken as orders by credit unions. At times, these suggestions carry the weight of orders because they’re in official exam documents.

By releasing this tool, the NCUA is risking a whole bunch of their frontline staff members being prescriptive, basically telling a large segment of credit unions, “This is what you should use.” Or, “You’re not using our tool? You should be.” Culturally, it’s easy to see this happening.

So, NCUA runs the risk of once again being accused of being too prescriptive, and examiners lacking flexibility with something that really has a lot of flexibility built into it. I’d love to be proven wrong and would gladly sit down with NCUA staff at some point and say, “Hey—I was wrong.” Let’s set a date when we can re-evaluate and see if it happened. Say, March 2026?

The point is, I commend NCUA for even building and releasing the tool. It’s a nice gesture, and demonstrates that NCUA just might be interested in helping small credit unions survive. Let’s hope it doesn’t become the required method of compliance.

Perhaps the product of advocacy

I’d like to just point out, very quickly, that the existence of this tool, and the general way that CECL is turning out, is perhaps a result of advocacy efforts. Maybe–just maybe–CUNA and leagues and credit unions should take some credit for the fact that CECL will probably turn out to be far less burdensome for small credict unions than it might have been beacuse so many engaged in talking with the powers that be about CECL.

I joined many meetings with other leagues, CUNA, and NCUA in which we specifically discussed CECL and its impact on all credit unions (not just smalls). I sat in on a number of calls with the same participants. I’m not going to rule out that our many conversations got NCUA to think seriously that, perhaps, they could be helpful.

With that out of the way, let’s talk about the tool, itself.

My predisposition is to pan the tool and say, “You should use the stuff that I developed.” After all, I’ve spent hundreds of hours on it.

But, quite the contrary, I’d like to compliment the NUCA on what it’s developed and encourage credit unions with simple balance sheets to use it.

Forget anything I’ve told you. Forget my spreadsheets. Just use this.

Here’s why: it’s easy. Many people will be able to use this without any handholding. With an hour of training, many more will be able to use it. Even those with fat fingers and virtually no Excel skillz will find this is something that they can incorporate into their work.

How can this be? How can it be simple when, for years, the vendors and regulators told us we needed a lot of data? They said it was going to be complicated and difficult. The vendors, especially, said that we would need them and their products.

Turns out, they were selling something.

To be fair, we’ve come a long way in the last 5 years. It’s easy to see how, at the start, vendors could get dollar signs in their eyes. It was easy to look at the requirement and talk about fancy modeling and large amounts of data. They’re in the business of making money by providing solutions for credit unions. And here was a problem in need of a solution.

As time progressed, and small institutions and trade organizations made noise, regulating bodies responded with a general message of, “Calm down, we’ll make it flexible for smaller institutions.” And they did. They added clarifying rules, and gave examples of simple ways to comply. Some of the wind was taken out of the sails of those vendors.

Now, it appears that vendors who were targeting smaller institutions may have had holes blown in their sails.

You see, in order to use the tool, all a credit union needs is:

That’s it. You just input the data into a spreadsheet, and the tool does all the math. It’s everything a credit union with a simple balance sheet could ask for.

I’m simplifying a little. But not much.

The documentation accompanying the spreadsheet explains it all. Here’s the quick version.

For every credit union under a billion in assets:

ACL is apparently what we’re now going to call the ALLL—which is nice. One syllable shorter and less ridiculous to say than A-L-L-L.

Overall, NCUA’s way of coming up with the ACL is fairly simple. As a side note, this is basically what I did in the model that I created (so I feel good about that, anyway). However, my model requires you to find your own average remaining maturity, as well as your own loss rates. Here, NCUA has done that work for you.

This is where things get a little tricky, but no matter what method you choose to comply with CECL, it’s going to be tricky here. Fortunately, the tool makes it easy.

You have to make qualitative adjustments to the ACL, and then justify those adjustments. Good news: it’s built into the tool.

For example, if you have just changed your lending guidelines to assume more risk in credit cards, you can make a note, and adjust the loss rate for credit cards accordingly. If we’re entering (hypothetically) a rising loan environment, we may want to adjust the WARM for mortgage loans, and explain why we’re doing that.

These qualitative factors will be where the rubber meets the road. My experience with small credit unions is that many of them like to hold a lot more in their allowance than the math strictly calls for. Many of them have very few write-offs, and the loss rates will tell them to put $2,000 in their ACL. But they know that a single truck/member going bad could cost them $20,000—and they’ve got a lot of trucks on their books! So, they want to reserve ten to twenty times more than their math says to reserve. Hopefully, using the qualitative adjustments, they can justify this conservative posture.

What’s unclear to me is how rigorous examiners will be on the justification for those qualitative adjustments. Will they want you to mathematically prove the amount by which you adjust loss rate or WARM? Naturally, the more rigorous you are in coming up with those adjustments, the better. But what if it’s very difficult—more akin to licking your finger and raising it to the wind?

I’ve always said that CECL is part science, part art. The qualitative adjustments is the art. How stringent will examiners be on it? My hopes are that they’ll listen to the pleas of, “We’ve never had a lot of write-offs, but we could, because all it would take is one truck loan going bad and the member purposefully destroying the collateral, and that $2,000 the math tells us to set aside is going to be way too little.”

One more thing. NCUA plans to update the tool every quarter. I believe that means the NCUA will use the most recent Call Report data, as well as adjust the WARM as trends change. So, each quarter, you’ll have to download the tool and update it. The nerd in me gleefully says that I’ll have a separate spreadsheet in which I keep data that spans from quarter to quarter. Maybe vendors or trade associations could come up with something on that.

Anyway, gIven the quarterly updates, you may want to bookmark NCUA’s CECL tool page (or favorite it, or whatever you do to easily find pages repeatedly).

CECL has been the troll under the bridge for many small credit unions. There’s been a lot of fear and uncertainty surrounding it. NCUA has done a great job of knocking the troll off the bridge.

For me, the main question surrounding the tool is how examiners treat it, and if they will get grumpy about specific applications of it. It has the feeling of a safe harbor, which is great unless you want to try sail beyond the safety of the harbor.

So, why would any credit union with less than $100 million in assets not use this? I can see a few reasons:

Otherwise, why not go with the safe harbor? 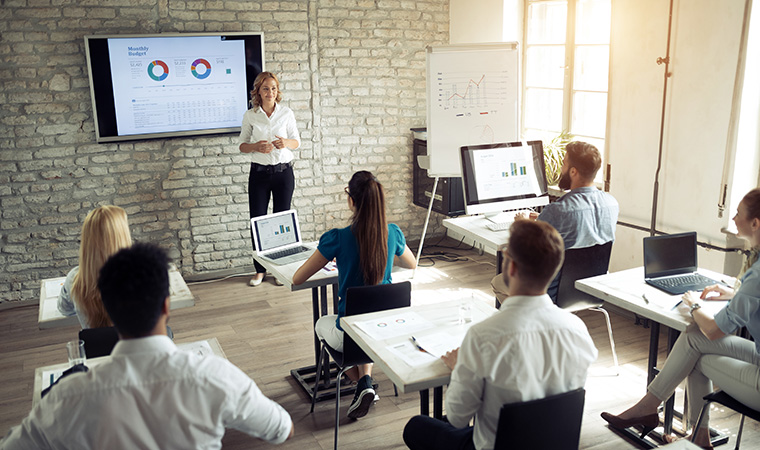